The Globe As Your Canvas 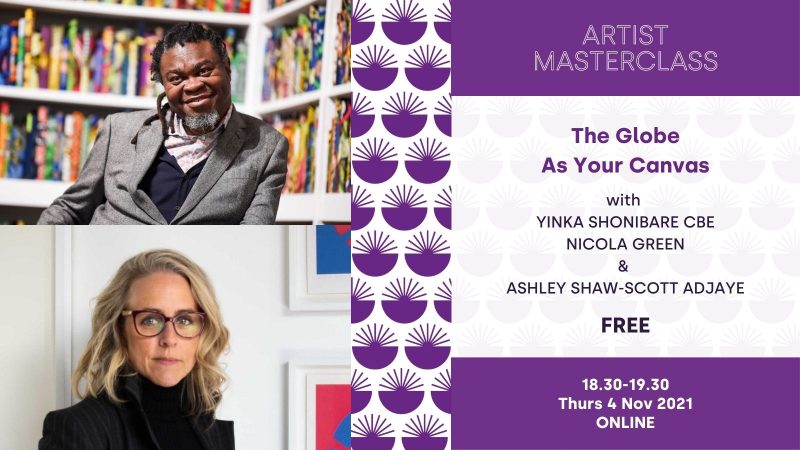 Join our Artistic Director Ashley Adjaye as she speaks to our Founder Artist Yinka Shonibare CBE and one of our Principal Artists, Nicola Green about how open call artists can engage with The Globe as Your Canvas.

Yinka’s original globe sculpture, The World Reimagined, is the inspiration for our entire national project. He will be talking about how he created his own design and how we decided to make the globe design the base sculpture for all our commissioned artists to use as their canvas.

Nicola will discuss her approach from research to working with this 3D globe canvas and consider how she enters this conversation as someone who is not of African descent.

Each sculpture trail in each of our host cities will consist of 10 Globe Sculptures: one for each of the nine themes and another where we will commission an artist to work with communities to create a Globe that speaks to place.

You’ll of course also have the chance to ask lots of questions.

To book your spot, please go to:

The Turner prize nominee Yinka Shonibare CBE is The World Reimagined’s Founding Artist, having conceived both the base globe sculpture and the first Globe to feature in the Trails – ‘The World Reimagined’, after which the entire project is named. Describing himself as a ‘post-colonial hybrid’, Yinka Shonibare CBE RA creates work that explores issues of race and class through the media of sculpture, painting, photography, film, tapestries and public works.Yinka Shonibare CBE RA was born in 1962 in London, England and moved to Lagos, Nigeria at the age of three. He lives and works in London. Shonibare was elected as a Royal Academician by the Royal Academy, London in 2013. In 2019 he was awarded the decoration of Commander of the Most Excellent Order of the British Empire or CBE. In 2021 he received the prestigious Art Icon Award from Whitechapel Gallery, London.Shonibare’s practice questions the meaning of cultural and national definitions. His signature material is the brightly coloured ‘African’ batik fabric he buys at Brixton market in London. Batik was originally inspired by Indonesian design, mass-produced by the Dutch and eventually sold to the colonies in West Africa. In the 1960s the material became a signifier of African identity and independence.In May 2021 Shonibare will have his largest European survey exhibition, ‘End of Empire’ at Museum der Moderne, Salzburg, Austria. Shonibare will have his seventh solo exhibition at Stephen Friedman Gallery, London in June 2021, titled ‘African Spirits of Modernism’.Drawing on themes of human hybridity and transformation, this new body of work juxtaposes icons of European Classical antiquity with African artefacts from Picasso’s own collection.

Nicola Green is a critically acclaimed artist and social historian. She has established an international reputation for her ambitious projects that can change perceptions about identity and power; exploring themes of race, religion, gender, and leadership. Green has gained unprecedented access to iconic figures from the worlds of politics, religion, and culture, including collaborations with Pope Francis, President Obama, the Archbishop of Canterbury and the Dalai Lama. Driven by her belief in the power of the visual image to communicate important human stories, Nicola Green chooses to assume the role of ‘witness’ to momentous occasions taking place across the globe. Inspired by her own mixed-heritage children and multi-faith family, she creates and preserves religious, social, and cultural heritage for future generations. Recording these events as they happen, and investing many hours of academic and artistic research, Green builds and curates substantial archives including In Seven Days…, Encounters, Dance of Colour, House Slave Field Slave. In 2015, Nicola Green, with ICF, co-founded the Phase I Diaspora Platform Programme; taking emerging ethnic minority UK-based artists and curators to the 56th Venice Biennale ‘All The World’s Futures’ curated by Okwui Enwezor, examining its entanglement with race, politics and power. Following this Nicola Green co-founded and directed the Diaspora Pavilion at the 57th Venice Biennale, showcasing 22 artists from ethnic minority backgrounds, whose work dealt with the topic of Diaspora. The Diaspora Pavilion was created in an effort to highlight and address the lack of diversity in the arts sectors and was accompanied by a 22-month long mentorship-based programme. In 2020, Nicola Green founded the Khadija Saye Arts Programme in memory of her mentee and friend, artist Khadija Saye – who was killed in the Grenfell Tower fire. The Khadija Saye Arts Programme addresses the issue of BAME representation in the creative industries by focusing directly on the barriers that exist, starting with the most formative years, from ages 7-18. 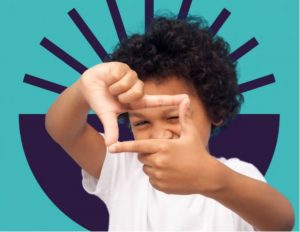 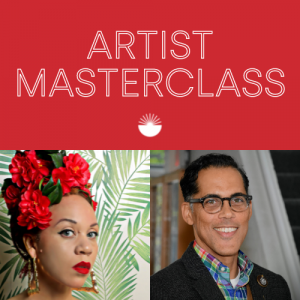 Artist Masterclass: Exploring Your Theme In The Journey of Discovery

The World Reimagined is a company limited by guarantee (#1250114) and a registered charity (#115223). We are a charitable project and restricted fund under the auspices of Prism The Gift Fund (www.prismthegiftfund.co.uk; charity #1099682).