The World Reimagined in Oxford

The World Reimagined Sculpture Trails feature 103 unique globes across the UK exploring the history, legacy and future of the Transatlantic Trade in Enslaved Africans through the work of incredible artists.

In addition to these trails, the five groups around Oxford below have created their own globes 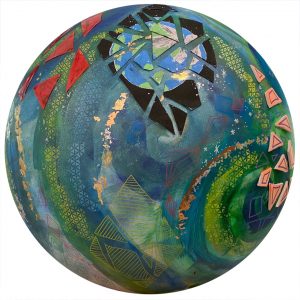 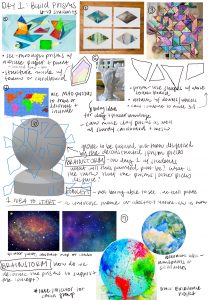 We began this project with the ambitious idea of deconstructing the globe. When logistical problems and fiberglass didn’t allow for the deconstruction, the group brilliantly pivoted to a new idea. We decided to begin by creating prism-like shapes that we’d use to decorate the globe. Looking through prisms can distort the reality of what you’re looking at, just like racism and bias distorts the truth of all of humanity’s existence as equals. We jumped into this idea, building prism shapes with foam and cardboard, then making them glow with paint, paint pens, and tons of texture and color. We then moved to painting directly on the globe, creating swirls in green and blue that capture an almost extraterrestrial feeling. Finally we combined all of these elements to create the abstract final piece, a collage of the many different ideas and visions that touched this globe. 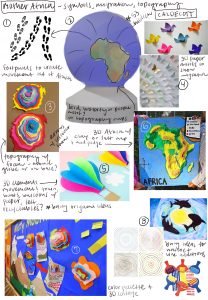 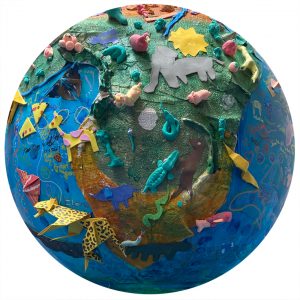 Mother Africa ‘explores the richness and reality of Africa before the transatlantic slave trade, considering and celebrating the science, art, education and agriculture of past, present, and future Africa.’ In combining this concept with Caldecott students’ interest in sculpture, the globe focuses on a variety 3D elements that each student had a hand in contributing to. We created a topographic map of Africa made with clay and plaster mold. We used air-dry foam to create more intricate details that breathe life into the map – like pyramids and rivers, desert and grassland, small people and many colorful animals. Lines and shapes emanate out from Mother Africa, creating wild patterns around the globe that represent migration from the cradle of civilization. Beautifully detailed paper butterfly sculptures add the final touch to the globe, contributing to the migratory lines and representing each student’s connection with Mother Africa. 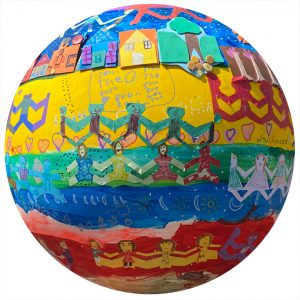 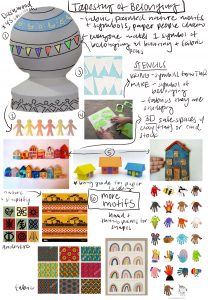 The “Tapestry of Belonging” is a theme derived from The World Reimagined source materials and the Dashwood students’ interest in traditional clothing, symbols, and celebrating the diversity in their school. We began by dividing the globe into concentric circles with the idea that each section would contain a different part of the tapestry. Then we painted each stripe with layers of color and pattern. Students were asked, where do you find belonging? In response, they created small collages with foam, buttons, and wire, to represent their safe spaces. The safe spaces on the globe are beautifully diverse: students depicted their school, mosques, bedrooms, as well as trees, beaches, and people they love. Chains of cut-out paper figures dance around the safe spaces and colorful stripes, representing the students themselves and the joy of belonging within their communities. 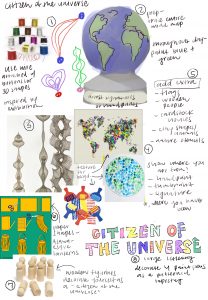 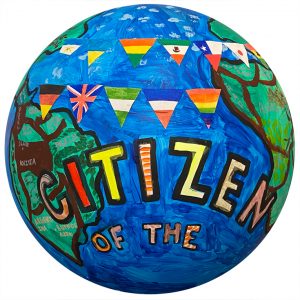 This globe, created in MAO’s Creative Space, takes inspiration from both The World Reimagined’s resources and Ruth Asawa’s current exhibition at the gallery. Like a traditional map, the globe represents continents in vibrant green and the ocean in deep blue. Throughout the day, young artists contributed to painting the oceans and landmasses, leaving their mark on specific places around the world that are meaningful to them. Also considering where they have been or want to visit, artists created a multitude of flags from different countries. A bold black background with shooting stars gives a nod to Ruth Asawa’s exhibition title, Citizen of the Universe, which is also recreated on our globe. Wooden figurines at the top of the globe represent the artists themselves, each a “citizen of the universe,” and each one painted with a unique and intricate style. 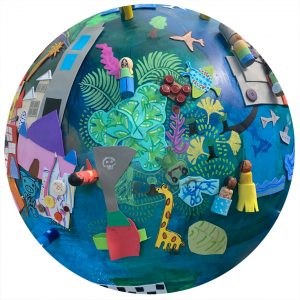 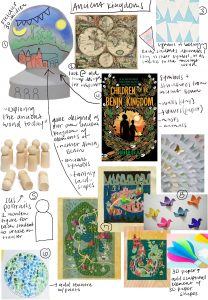 Taking inspiration from their extensive studies of the ancient African kingdom of Benin, students at Fletcher School collaborated to create their own fantastical civilizations. The kingdoms on the globe bring together much of what they have learned about Benin, including shrines, walls, and Oba figures. The civilizations also host modern elements, like cars, planes, and self portraits. Seen all together, these details illustrate the richness of using our imaginations to explore the ancient world today. Students worked with painting, drawing and collage to turn their imagined kingdoms into a reality. A close look at the globe will reveal countless creative details – a lush rainforest, hidden pathways, and historical figures – to name a few! 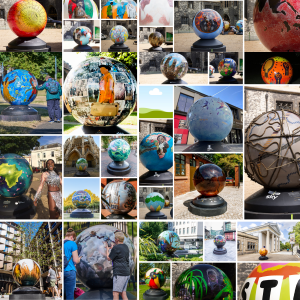 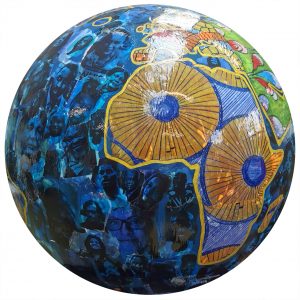 The World Reimagined in Manchester 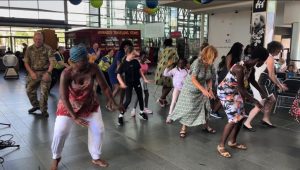 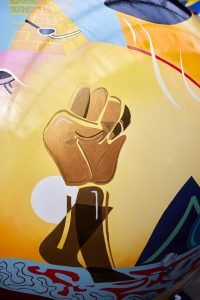 Add Your Voice To Reimagine The Future 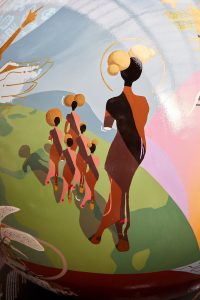 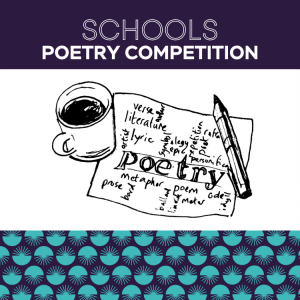 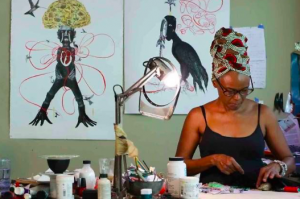